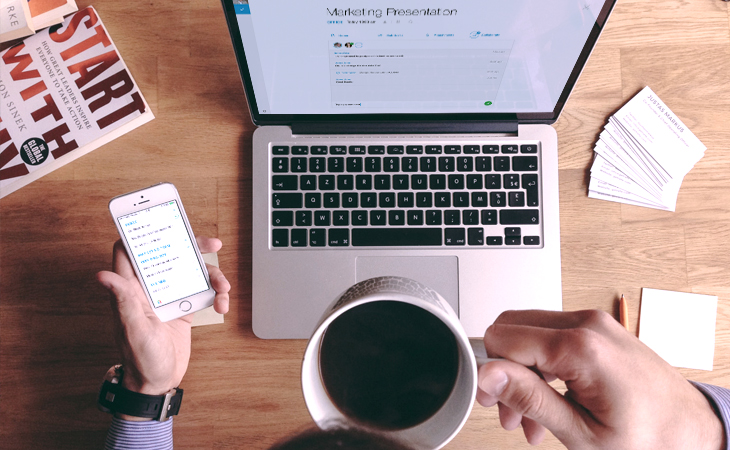 What’s The Secret To Insane Productivity?

Think about your productivity levels throughout the day. Chances are you’re like me – you have a good idea of when you’re more likely to get stuff done, and when to avoid complex tasks.

But if you’ve ever had a day where you’ve felt completely optimistic about your to-do list in the morning, yet were blindsided at the end of the day when you got nothing done, you likely dealt with something called Ego Depletion.

It turns out that managing Ego Depletion may also be the secret to insane productivity.

The theory is simple – we have a limited amount of willpower in any given day and the more your draw upon that resource, the less willpower you have for subsequent tasks.

A variety of studies have shown this to be true, including a well known example where participants were asked to memorize a number, walk down a hallway, and repeat that number to a researcher waiting at the end of the hall. Along the path was a table full of healthy and unhealthy snacks, and participants were asked to choose a snack to receive after they delivered the number to the researcher.

Think about that for a moment because there’s a big mind shift lying behind the results of that study.

Willpower is not something that you just create more of. In any given day, willpower is a limited resource, and truly productive people make sure they preserve it for the things that matter.

Do you preserve your willpower for the goals that matter, or do you squander it on menial tasks and distractions?

My productivity changed the moment I started asking myself this question. Today I can’t look at my task list without mentally sorting all the high-willpower/ high-payoff tasks to the top, and looking for ways to easily eliminate the remaining tasks from my list.

The most effective productivity techniques, including ones we’ve discussed on the blog before like Eating Frog In The Mornings and Breaking The Seal Of Hesitation, all come back to managing willpower.

A closely related concept called Decision Fatigue takes this a step further. The idea is that the more decisions we make, the more faulty and irrational subsequent decisions are.

It used to be that my mornings were filled afresh with numerous decisions like choosing an outfit, deciding what to eat for breakfast, contemplating whether to cancel a 9am conference call, worrying about finding a new designer, trying to coordinate household tasks, and so on. I was spending my willpower fast and easy because I assumed there was an infinite supply if I just dug deep enough or tried harder.

By the time the important decisions came around in the evening, I’d already spent my lot. Simple, no-brainer decisions like going to the gym after work or spending quality time on my side projects could be agonizing. Important things were sidelined by trivial tasks earlier in the day.

Decision Fatigue can easily creep up into your life if you don’t make efforts to control it.

But there’s actually an easy fix. The most productive people create systems that remove Decision Fatigue and Ego Depletion from daily life. If you think about it, that’s a really powerful way to focus on the minority of tasks that will give you the majority of payoff.

So what are the systems that work best? Let’s start by looking at the masters.

What do President Obama, Tim Ferriss, and Thomas Edison all have in common?

They have mastered their daily routines. This is no coincidence. There is a high correlation between productivity and routine – something that makes perfect sense when you consider how a routine removes constant decision-making from your life.

Along with a predictable morning routine that includes exercise, President Obama doesn’t waste time with small tasks. In a 2012 interview, he shared his reasoning. “I’m trying to pare down decisions. I don’t want to make decisions about what I’m eating or wearing. Because I have too many other decisions to make.”

Tim Ferriss, a favorite productivity genius of ours, gives an even rarer glimpse into his daily routine in his wildly popular podcast The Tim Ferriss Show (Episode 51). Like many of his peers, Tim uses Decision Fatigue to his advantage and structures his daily life around the concept.

Thomas Edison’s musings on work and sleep are all well documented, and he too adhered to a strict routine. Even today, experts from the fields of sleep, productivity, and psychology have exalted the virtues of a morning routine that helps signal to your brain that the day has begun.

Choose A Method For The Madness

In addition to routine, adhering to a specific productivity method can be a fantastic way to manage willpower throughout the day. We’ve even got a quiz to help you choose a method that complements your working style.

But if those aren’t enough, try a couple new ones that might just work:

10 Minute Rule: This stems from the age-old advice of breaking down complex challenges into smaller, more manageable tasks. The 10 Minute Rule is a more lenient working style created by management consultant Michelle Bryant where all tasks are broken down until they can be done in 10 minutes or less.

52/17: This isn’t so much a rule as it is an insight, but the people over at DeskTime noticed that the top 10% of their users worked on a task for 52 minutes and then took a 17-minute break. Something to consider if you’re looking for the right work/ break balance.

Methods also take out the mental burden of disorganization, which can be taxing on its own. Choosing a productivity method systematizes your willpower so you choose the increments you spend it in, and the priorities you spend it on.

That’s why it’s important to find a system you trust.

If it can be effectively automated, it’s worth trying. Automate your grocery shopping with Amazon Prime, your fitness with a personal trainer or nutritionist, and even simple things like scheduling social posts with Buffer.

I recently discovered Washio for door-to-door laundry service and I’m hooked. Plus, they give you a sweet treat when they pick up your clothes, which I find to be incredibly delightful.

The funny thing about automation is that sometimes people feel guilty doing it. It feels indulgent to outsource daily life tasks, especially the small ones, when you can simply do them yourself.

But don’t lose sight of the big picture here. Automation can remove the deceptively simple decisions and tasks that will lower your willpower for the far more important decisions you’ll have to make later.

You just have to be clear about the tradeoff. For me, not having to deal with infinite decisions at the grocery store each week means I can focus better on launching my new blog. Framing it like that has helped me stick to an Ego Depletion mindset.

When you learn how to manage your willpower, you’re not only able to cut out extraneous work and decisions, but also more adept at choosing the decisions that matter. That’s a key understanding that highly productive people live by, and you should as well.

For me personally, it’s also led to a far greater respect for my own time. I find that when I’m confident in knowing that my hours are being spent in the best possible way, it becomes more valuable and concrete. No more time slipping away. No more end-of-day regrets.

Just think of how much better it will feel when you hear yourself saying “that was a really productive day.”

You deserve to accomplish what matters to you. Be bold and go for it.

Work productivity in the age of generative AI

What’s included in the all-new Any.do?